Here's a little bit about the characters you'll encounter throughout the game. 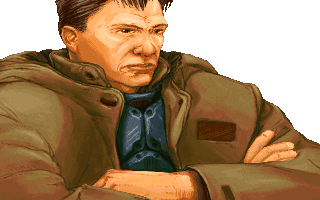 Our hero, and the man you'll be playing with throughout the game (and most of the custom missions as well. Kyle was an imperial officer before he became dismayed with the Empire's mission and left. Now he operates as an independent contractor, sometimes doing work for the Rebellion.

Jan Ors is your right-hand, pilot, and partner. She'll brief you on each mission, drop you off and pick you back up in the Moldy Crow.

The leader of the Rebellion against the Empire, Mon Mothma will give you the missions to capture the Death Star plans and sets you off to discover what new weapon the Empire has devised. 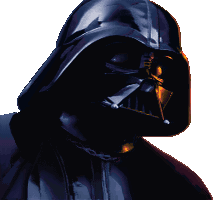 The Dark Lord of the Sith hovers in the periphery, at first impressed with the new soldiers Mohc has created but growing ever more skeptical as Kyle starts to dismantle the Dark Trooper project. 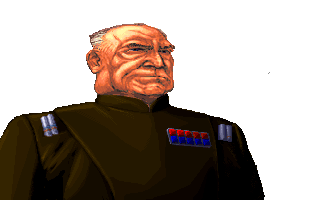 Creator of the Dark Trooper project, General Mohc believes that superweapons such as the Death Star are incapable of bringing true victory because of their remove from personal conflict.

An Imperial Officer turned informant, Crix Madine has information about the Dark Trooper project that he is trying to get to the Rebellion.

Jabba doesn't really have a side in this fight, but he goes where the money is good and General Mohc and the Empire are paying.